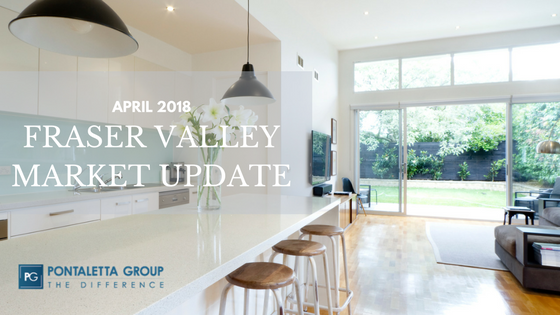 SURREY, BC – While sales reached slightly above the ten-year average for the month, a lack of sufficient inventory in the Fraser Valley continued to put pressure on homebuyers in March.

Of the 1,664 sales processed last month, 410 were townhouses and 460 were apartments, together representing 52 per cent of all transactions in March.

Active inventory for the Fraser Valley finished at 4,796 listings last month, increasing 10.5 per cent month-over-month, and decreasing 0.2 per cent when compared to March 2017.

“We continue to see demand capped-off due to an inadequate amount of supply,” said John Barbisan, Board President. “March is typically when we see our market kick into gear, but we need to see higher levels of new listings coming in and greater overall inventory if we want more homebuyers to find success in the Valley.”

“On the plus side, despite a tighter market pricing has remained relatively stable for our region. Talk to your REALTOR® who can help show you the best options at the price level you’re looking for.”

For the Fraser Valley region the average number of days to sell an apartment in March was 13, and 16 for townhomes. Single family detached homes remained on the market for an average of 30 days before selling.